We are a welcoming community that is constantly striving to be multicultural in all dimensions. With an emphasis on multicultural leadership, adult faith formation, ministry training, and a vibrant youth program, all parishioners are encouraged to grow in relationships as we continue our journey of faith.

To know Christ better and to make Him better known.

Our City of San Leandro

You may have noticed that many cities and counties in the state of California have Spanish names, many of which begin with “San” or “Santa” (“San” meaning male saint and “Santa” meaning female saint), such as San Jose or Santa Rosa or San Francisco. These names all have Catholic religion connotations. The name of our own state capital Sacramento means “holy sacrament” in Spanish.

The origin of these names can be traced back to the period exploration and mission establishment in California from 1769 to 1833, as decreed by King Carlos III of Spain. He became alarmed when the Russians established a fur trading post at Fort Ross and, to prevent Russian from claiming California, immediately ordered that expeditions be sent out to claim this prized territory for Spain. Eventually, a chain of 21 missions and forts (presidios) became established, from southernmost Mssion San Diego to northernmost Mission Solano.

By 1810 the Spanish Empire was crumbling and one of its prized colonies, New Spain (Mexico), defected from the Crown. In 1834 all the California missions became secularized and came under the control of the Mexican government. Much of the missions’ lands (most of it comprised of huge cattle ranges and thousands of acres of agricultural lands) were awarded to men who had served faithfully under the Mexican government, including Jose Joaquin Estudillo. He was granted 7,000 acres, including an area called El Rodeo de Arroyo de San Leandro (a place for herding cattle by the small brook of San Leandro). He called his property Rancho San Leandro. His rancho (or ranch) soon became famous for his magnificent herd of white cattle.

The Gold Rush of 1849 brought thousands of prospectors seeking their fortunes pouring into California, including two young men, William Heath Davis and John B. Ward, who subsequently married into Estudillo’s family. Upon the passing of Estudillo, these two sons-in-laws became the joint mangers of the huge family rancho. Five years after California entered the Union in 1850, these men visualized the creation of a town that would become present-day San Leandro.

St. Leander of Seville was born at Cartagena, Spain, of Severianus and Theodora, illustrious for their virtue. Both St. Leander and his brother St. Isidore became bishops of Seville, and their sister Saint Florentina became an abbess who directed forty convents and one thousand nuns. Even the third brother, Fulgentius, appointed Bishop of Écija at the first triumph of Catholicism over Arianism, but of whom little is known, has been canonised as a saint.

St. Leander of Seville became a monk at Seville and then the bishop of the See. He was instrumental in converting the two sons Hermenegild and Reccared of the Arian Visigothic King Leovigild to Catholicism. This action earned him the kings’s wrath and exile to Constantinople, where he met and became close friends of the Papal Legate, the future Pope Gregory the Great. It was Leander who suggested that Gregory write the famous commentary on the Book of Job called the Moralia. Once back home, under King Reccared, St. Leander began his life work of propagating Christian orthodoxy against the Arians in Spain. The third local Council of Toledo (over which he presided in 589) decreed the consubstantiality of the three Persons of the Trinity and brought about moral reforms. Leander’s unerring wisdom and unflagging dedication let the Visigoths and the Suevi back to the true Faith and obtained the gratitude of Gregory the Great. The saintly bishop also composed an influential Rule for nuns and was the first to introduce the Nicene Creed at Mass. Worn out by his many activities in the cause of Christ, Leander died around 600 and was succeeded in the See of Seville by his brother Isidore. The Spanish Church honors Leander as the Doctor of the Faith.

In the meantime he founded a celebrated school, which soon became a center of Catholic learning. As Bishop he had access to the Catholic Merovingian princess Ingunthis, who had come as a bride for the kingdom’s heir, and he worked tirelessly with her to convert her husband St. Hermenegild, the eldest son of Liuvigild, an act of court intrigue that cannot honestly be divorced from a political context. Leander defended the new convert even when he went to war with his father “against his father’s cruel reprisals,” the Catholic Encyclopedia puts it. “In endeavoring to save his country from Arianism, Leander showed himself an Orthodox Christian and a far-sighted patriot.” 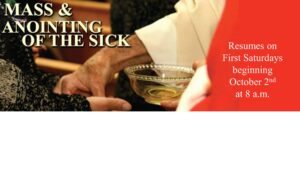 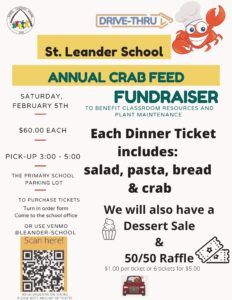